Art Is Anything You Can Get Away With

Love it or hate it, the metal monster in Keenan-Nagle’s front yard certainly grabs your attention. Titled “Theseus” and created by Israeli sculptor Igael Tumarkin in 1985, the eclectic composition is made of white-painted steel and railroad parts, and weighs over 6,000 lbs.

As an artist, Tumarkin is also pretty heavy. He has more than 80 public sculptures on display throughout the world.  Most are in Israel, but also in Spain (“Homage to Robert Capa”, 1989, Pozoblanco), Germany (“Bertold Brecht”, 1991, Berlin Museum Garden), France (“La Liberte, 1991, Bordeaux) and Japan (“My Seven Pillars of Wisdom”, 1991, Hakone Open Air Museum). His best-known work is the iconic “Holocaust and National Revival” memorial, a brooding bronze depiction of a broken Torah scroll in Rabin Square in Tel Aviv.

For those readers who missed that Monday morning class in Greek Mythology Studies 101, Theseus was the Greek hero who braved the labyrinth in Crete to confront and summarily slay the Minotaur—the flesh-eating terror with the head of a bull and body of a man.

The sculpture is the dominant visual element outside the big picture window of the Art Department here at K-N. Not all of us like it, but that’s okay. We’re a pretty tolerant bunch. Theseus has become like that socially awkward buddy we all had as kids. Far from cool, but quirkily interesting. And impossible to ditch. 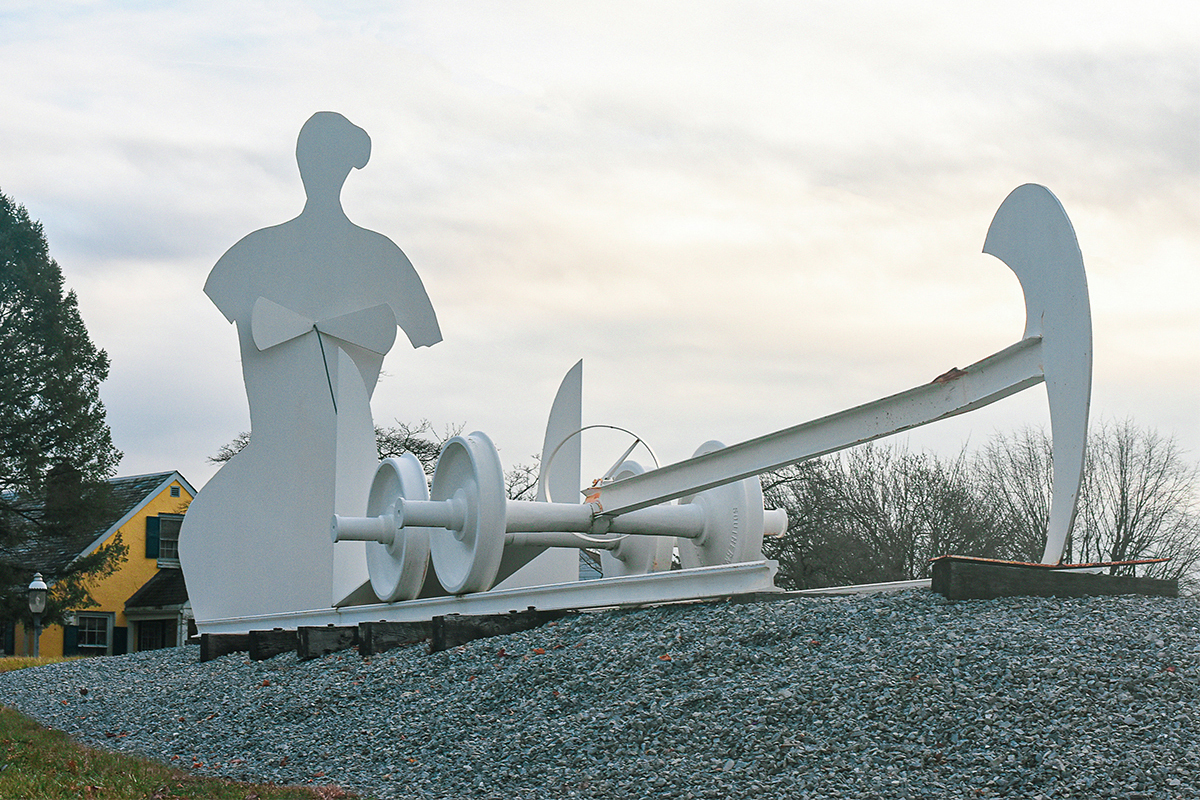